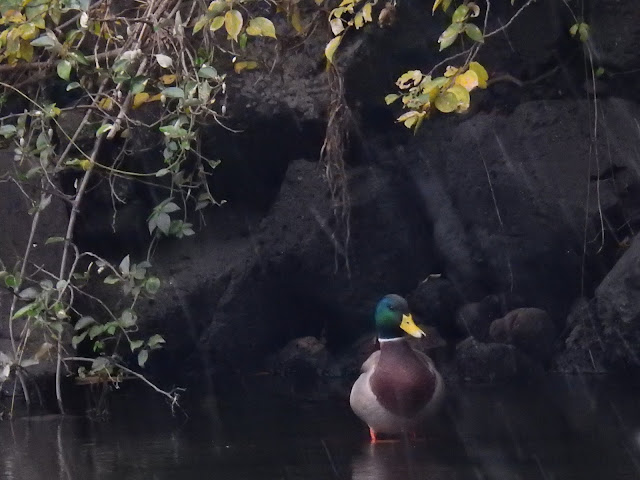 Ducks are rarity which do visit  Peninsula Malaysia. They are categorises as vagrant and  Mallard is one of them. I have yet to see any sighting in Malaysia except the domesticated one that origin from this species. The photos I shot are in Jeju Korea whilst holidaying in December 2015.

Mallards usually occur throughout North America and Eurasia in ponds and parks as well as wilder wetlands and estuaries. The male’s gleaming green head, gray flanks, and black tail-curl arguably make it the most easily identified duck. Mallards have long been hunted for the table.

Mallards are large ducks with hefty bodies, rounded heads, and wide, flat bills. Like many “dabbling ducks” the body is long and the tail rides high out of the water, giving a blunt shape. In flight their wings are broad and set back toward the rear


Male Mallards (as in top picture) have a dark, iridescent-green head and bright yellow bill. The gray body is sandwiched between a brown breast and black rear. Females and juveniles are mottled brown with orange-and-brown bills. Both sexes have a white-bordered, blue “speculum” patch in the wing.


Mallards are “dabbling ducks”—they feed in the water by tipping forward and grazing on underwater plants. They almost never dive. They can be very tame ducks especially in city ponds, and often group together with other Mallards and other species of dabbling ducks.


Mallards can live in almost any wetland habitat, natural or artificial. They are monogamous and paired for life but the male do have "extra marital affairs"  lol. Look for them on lakes, ponds, marshes, rivers, and coastal habitats, as well as city and suburban parks and residential backyards. 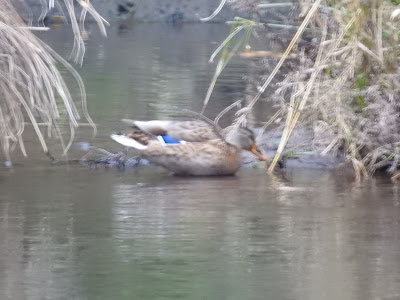 Email ThisBlogThis!Share to TwitterShare to FacebookShare to Pinterest
Labels: duck(15)

Avian Sighting - When the Ficus tree fruits the birds congregate 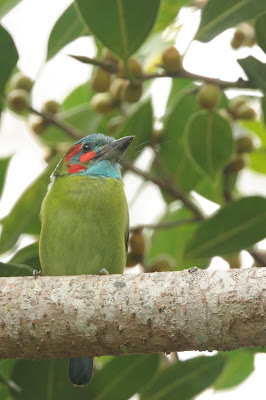 The solitary ficus tree of the Japanese Garden is an attraction for many frugivorous birds.  The barbets are the predominant ones as size matters. Mark was there to catch the Sultan Tit but alas it was a no show. My apology to Sim for not calling him out to bird as I had a target bird to catch..............

Vincent was there too and gave me a lot of tips on how to catch my lifer. I guess I have to make more often trips next year as 2015 is coming to a close. 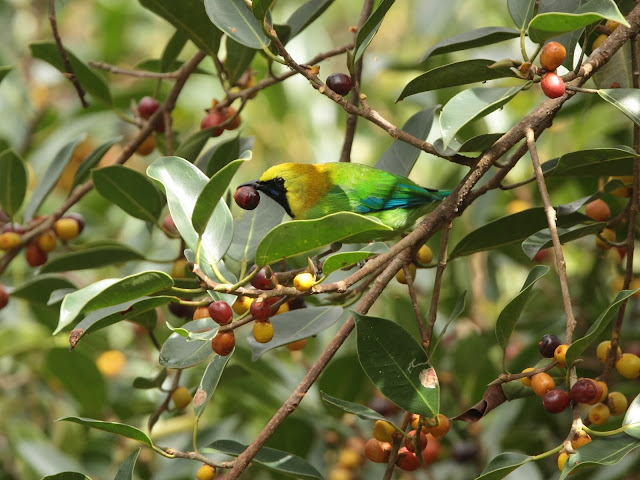 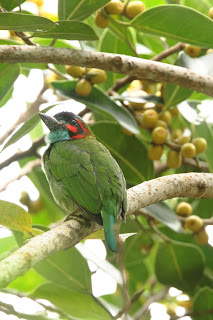 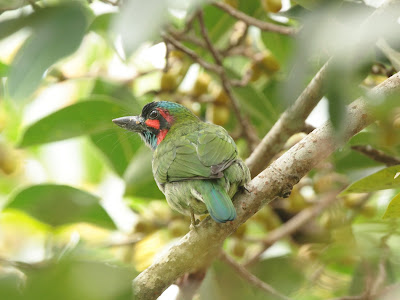 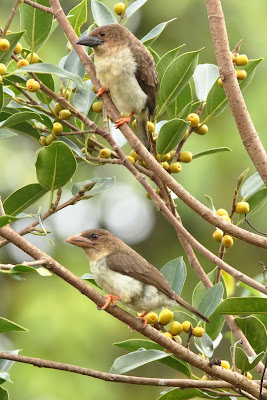 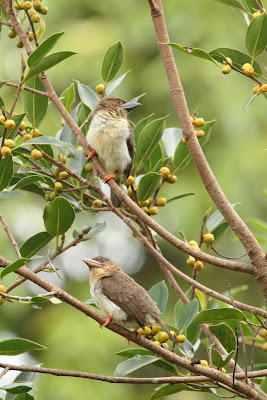