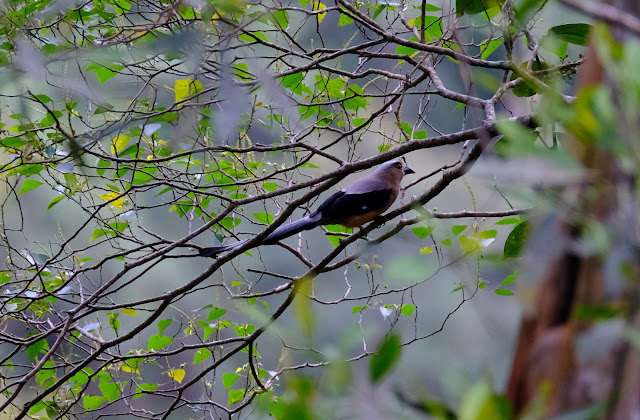 This is my first Treepie  that I have encounter. The other one to see is the Racquet-tailed Treepie in Perlis Chuping side near to Thai Border. It is often seen in small flock accompanying other birds like the Bornean Green Magpie

It is fairly common in most mountain ranges in the northern and central parts of Borneo. It mainly occurs between 300 and 2,800 metres above sea-level, being most common in valleys and foothills at the lower end of that range. It inhabits forest, forest edge, bambo thickets and scrubland and is sometimes seen in cultivated areas. It forages in the tree canopy, alone or in small groups, searching for small fruit, seeds and large insects such as beetles and cockroaches. It can become tame, visiting villages to feed on scraps.

Little is known about its breeding habits. The nest is shallow, built of fine twigs and placed in a low tree. The eggs are greenish-white with brown markings concentrated in a ring at the wider end. 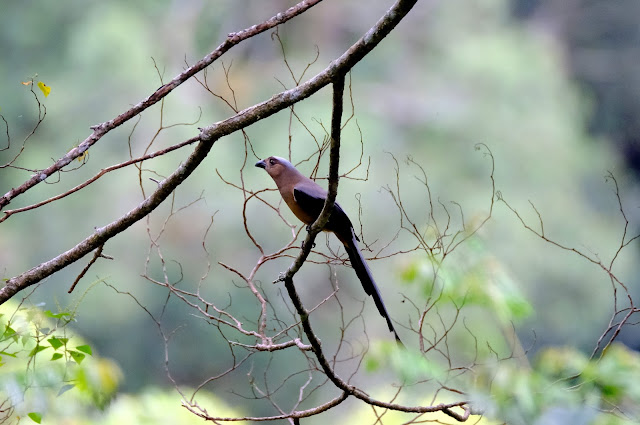 The Bornean treepie is a noisy bird with a variety of loud, explosive calls including a bell-like whistle and various grunting and chattering calls. It is able to mimic the calls of other birds. 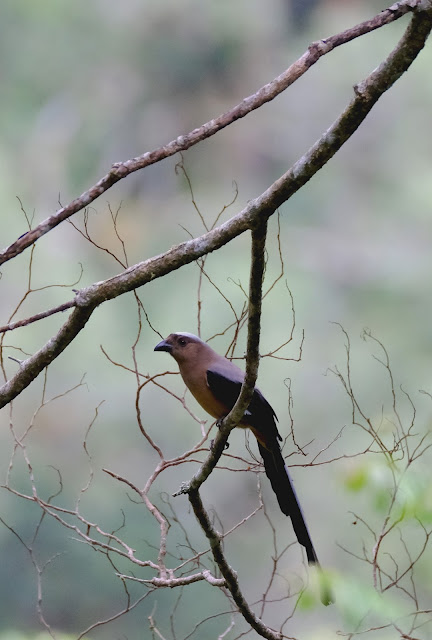 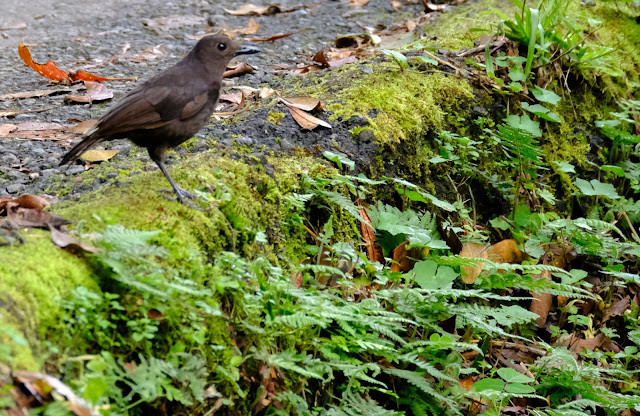 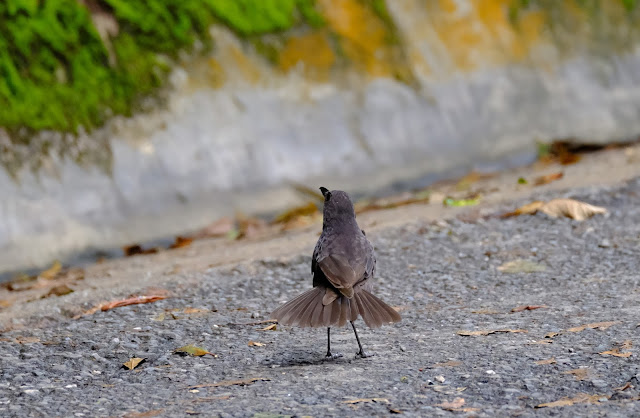 This is the first bird I saw in Kinabalu Park PowerStation post in the wee morning. The resident bird stayed for sometime hunting for moths and insects on the road and fringe. As usual it would not let me come near to it. I could only get these shots from afar and in dimmed lighting.

Nevertheless I am still happy for this lifer. 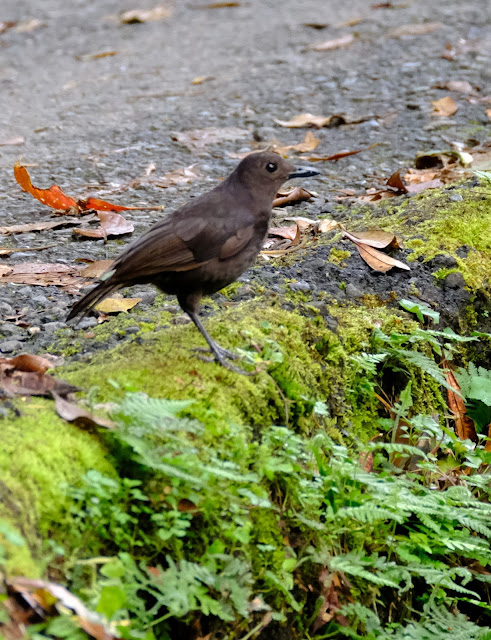 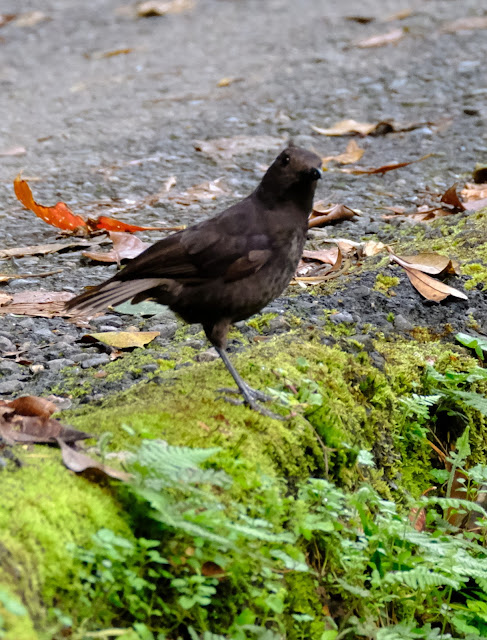 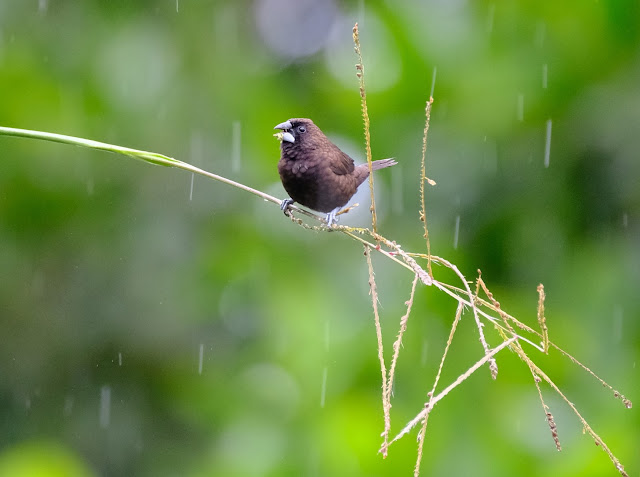 This is an endemic bird of Borneo. My sighting  was a pair of Dusky Munia not like the  other species which are gregarious and flock together in numbers. I would chalk it as a lifer. The bird was shoot in Ranau Sabah behind a hill cropped of a housing estate.

In the month of December it was a bit wet and cold. I was just birding from the back patio of ...my inlaw house. There was also a pair of Black-headed Munia 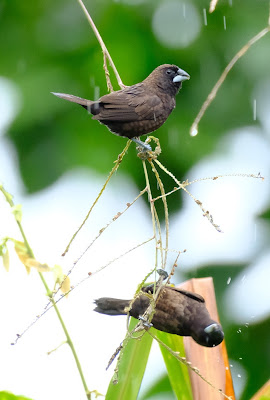 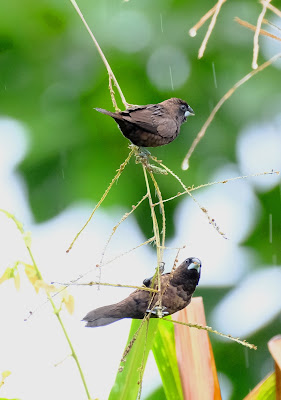 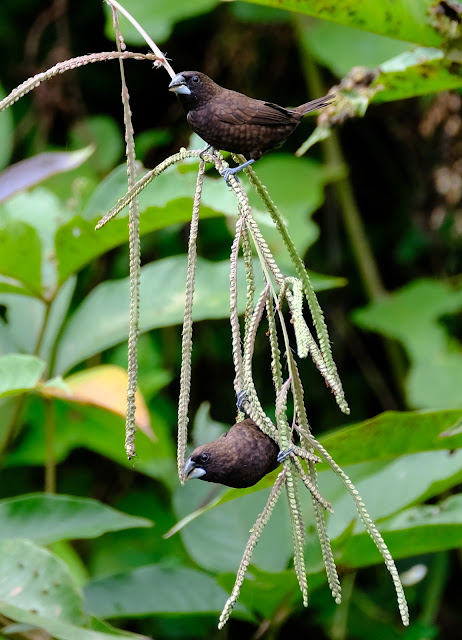 In the month December 2017 my family went to Sabah to visit my sis-inlaw in Ranau about 30 km after Kinabalu Park passing Kundasang. In one of outing to Mahau Waterfall near Tambunan we saw many pairs of Ashy Drongo perch on the electrical lines along the road. 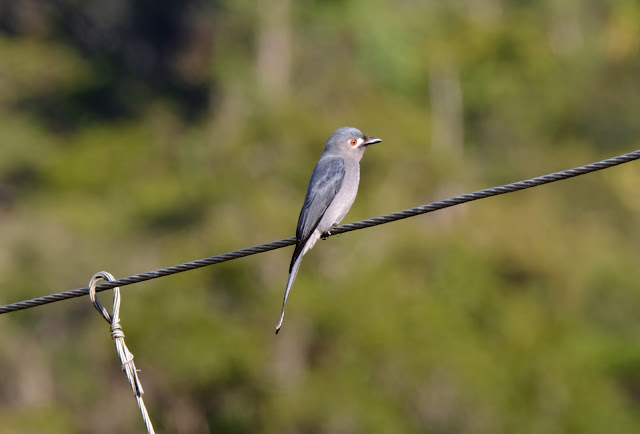 This is a subspecie (Leugenis) Ashy Drongo of Borneo ad south Peninsula. I would consider it a lifer which have distinct features namely paler color  and white eyed patch in comparison to the coastal swamp land of Selangor or Perak (Mouboti) 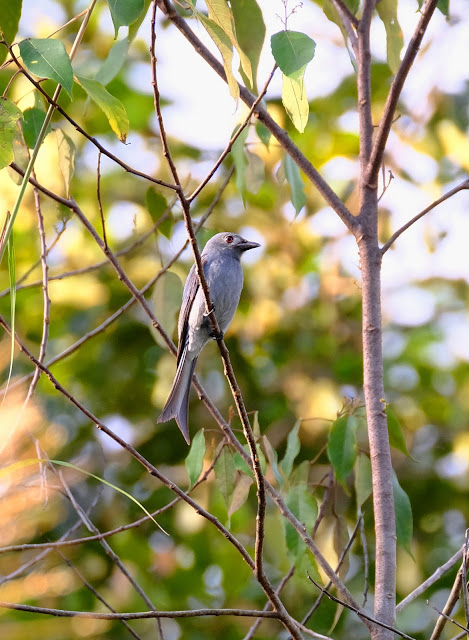 They are found active in the morning in the open sailing for flying  insects. There were many pairs along the road to  Mahau Forest Reserve.  Later passing back thru the same road in the late morning they were not sighted anymore.  Perhaps they have move to the shadier of the jungle fringes to avoid the heat or the insects have gone hibernating. 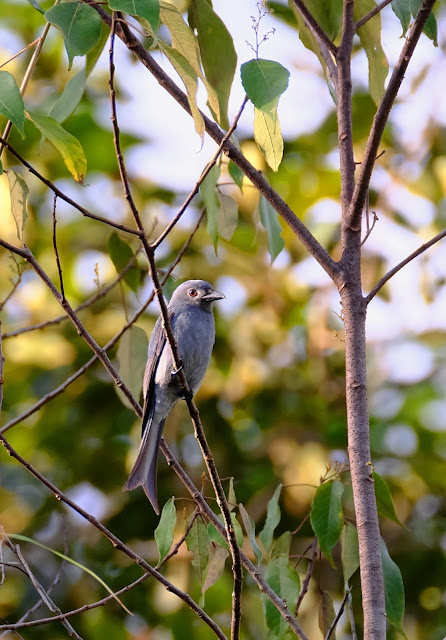